This Webpage is dedicated to “Blondin” (Jean Francois Gravelet),
Funambulus,
Equilibrist (Tightrope-Walker), Aerialist
and Acrobat Extraordinaire
It also contains a History of Tightrope-Walking [funambulus/funambule] by way of ‘Anecdotes
and Quotes Through the Centuries’ and videos of various modern-day funambule
The trust seek to commemorate his life by giving talks, lectures and tightrope events.
Our aim is to preserve and honour his memory and raise funds to renovate and
maintain Blondin’s grave and monument.
Serving to commemorate “Blondin”
Born 28 February 1824 - Died 22 February 1897
“BLONDIN”
Funambulus (Tightrope Walker)
Born Jean François Gravelet on 28 February 1824 in Hesdin, France. 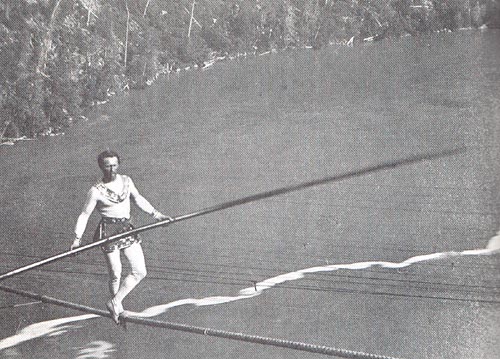 The famous “Blondin” on the tightrope
“Funambulus” comes from the ancient Greek: from funis, a rope, and ambulare, to walk.

Blondin learnt to walk a tightrope from a very early age.

At the age of 35 on 30 June 1859, he first accomplished the feat of crossing the gorge below the Niagara Falls - a distance of around 1100 feet using a tightrope, thus creating his celebrity and fortune. The tightrope was 50 metres (160 feet) above the water, nearly half a kilometre (over quarter of a mile) long and just 7.5cm (three inches) in diameter. Blondin’s obsession with the Niagara Falls continued and he actually made a further 16 crossings, each one more daring than the last:

He crossed it blindfolded, pushing a wheelbarrow; once he carried a stove, stopped half way across and cooked himself an omelette and on another time he crossed on stilts. In August 1859 he crossed the gorge with his manager Harry Colcord on his back.

According to legend Colcord claimed that the trip was truly terrifying with broken guy ropes causing the rope to swing violently and Colcord had to dismount half way across. In 1860 the Prince of Wales watched Blondin cross Niagara Gorge. He was asked if he would like to be carried on Blondin’s back for the return journey. He refused.

In 1861 he first appeared in London at Crystal Palace and toured the United Kingdom and Europe, subsequently ending his performances with one in Belfast, Ireland in 1896

He died on 22nd February 1897, having married three times, and is buried in Kensal Green Cemetery, London, England. 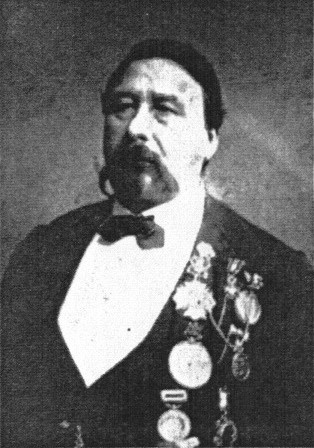 The members of the Trust meet once a year at Blondin’s Grave in Kensal Green Cemetery to honour his memory with a Toast.

All who are interested are cordially invited to attend.

The trust seek to commemorate his life by
giving talks, lectures and tightrope events. Our aim is the renovation and
maintenance of Blondin’s grave and monument.

We seek funds in order to
renovate the tomb of Blondin.

To celebrate the 30th anniversary of the Toast, we will meet at Blondin’s grave at 2pm sharp. At 3 o’clock we will proceed to the Dissenters’ Chapel. Here there will be a presentation of Blondin’s life by his descendant Jean-Louis Brenac, together with music written for him in his lifetime.

To support this event maintaining Blondin’s grave, we are asking for a contribution of about £5. The exit after the event will be on to Ladbroke Grove. 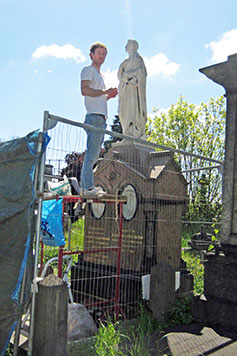 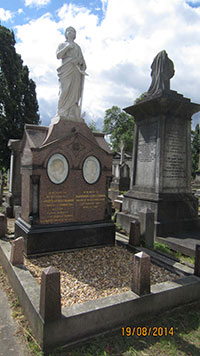 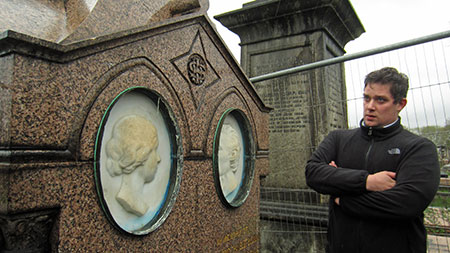 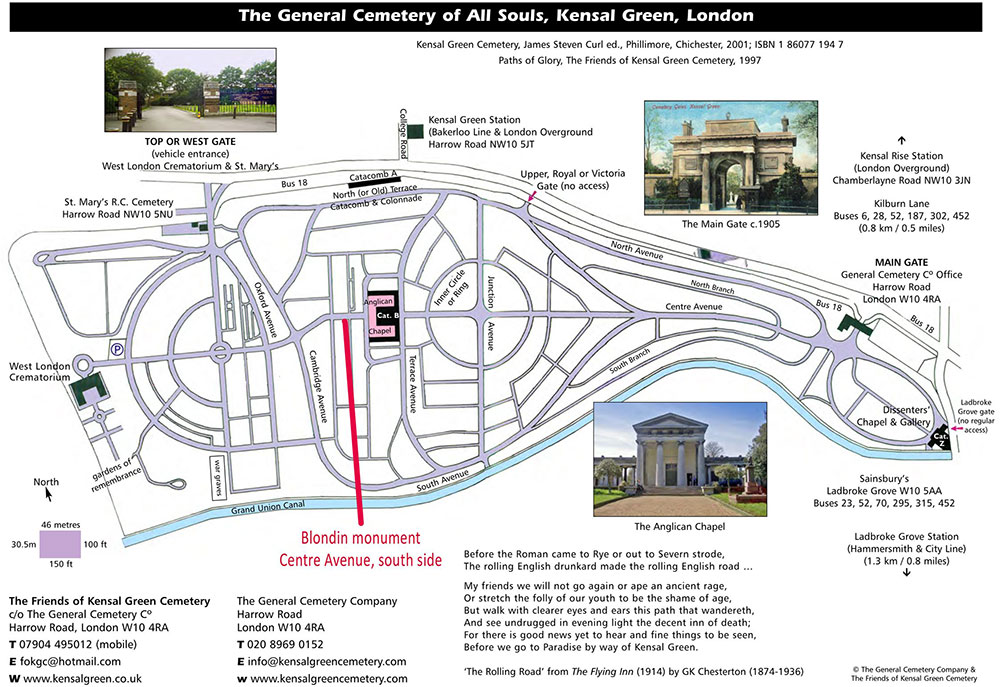 Please join with no fee if you support our aims. Donations are appreciated to upkeep the Kensal Green grave.

Any person wishing to join our small group, or who are interested in booking a talk or lecture or tightrope event, please use our contact e-mail page

Blondin performed at the Victorian Pleasure Gardens in Eastham, Wirral, England, for 19 days in 1883 and attracted over 100,000 visitors from all over the north west of England. This event is still talked about in Eastham Village today, with at least one resident remembering that her grandfather as a boy was carried on the wire by Blondin in a wheel barrow.

To commemorate Blondin and his performance at Eastham, a Blue Plaque memorial was unveiled at Eastham Gardens in September 2019 by Blondin’s great great grandson, Stephen Scarborough. 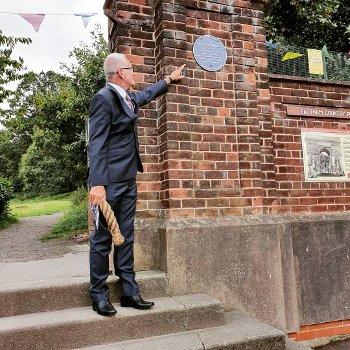 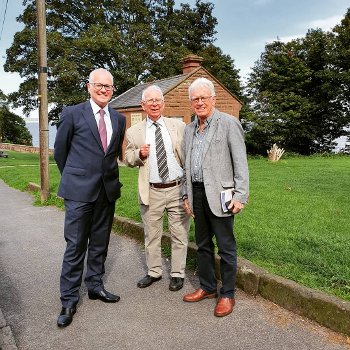 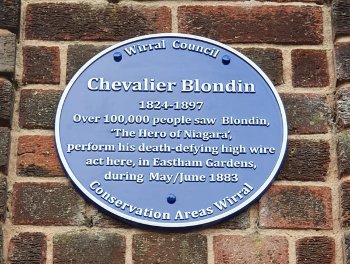 Kensal Green Cemetery was the first public Cemetery in London and was established in 1827 in a 70 acre site with separate Chapels for Anglicans and Dissenters.

Blondin Orchard, in Ealing, West London, covers around a fifth of a 2-hectare allotment that has been owned by the London Borough of Ealing since 1926. Before that it was part of a local family farm estate and from 1750-1834 formed part of the Brentford Nursery, which specialised in fruit trees and held more than 300 apple varieties. The whole area is named after the Frenchman Charles Blondin, Niagara Falls tightrope walker, who settled here upon retirement. His feats (and a couple of apple varieties) are celebrated in local road names.

‘Blondins’ were a type of aerial ropeway named after the famous tightrope walker “Blondin”. They were employed in open pits in the slate quarries in Wales to transport wagons loads of rock between locations.

“Everybody‘s Heard of Blondin” by Ken Wilson. Available at Amazon.com

“Two Hundred Years of the American Circus” by Tom Ogden

“Daredevils of Niagara” by Andy O‘Brien